Language is constantly evolving. Every generation invents a new form of slang. Old words disappear or change their meaning entirely over time. New inventions and innovations require the creation of new words.

This includes many of the internet-based platforms we use every day. However, we often use words like social media, social commerce, social network, and e-commerce interchangeably without thinking about what these terms really mean.

Is Facebook a social media or social commerce platform?

What about Amazon? Is it a form of e-Commerce or something else entirely?

What about TikTok, Shopify, Instagram, Etsy, Snapchat, and so many other popular platforms we use every day? Are they all just social networks or is that term being used too loosely?

If we don’t know how to talk about these things using words others understand, then communication becomes difficult, if not impossible.

However, by properly defining terms like social media, e-commerce, social commerce, and social networking, we can better understand the world in which we live and communicate more effectively with our friends and neighbors.

What Is Social Media?

Prior to the internet, media was controlled by publishers and broadcast studios. Newspapers, magazines, books, radio, television shows and movies ruled the day.

User-generated content (UGC) did not exist as we now know it. You couldn’t just snap a photo of your dinner and post it on Instagram or update friends about your dentist appointment on Facebook.

If you wanted your content published or broadcast, you had to do a lot of work just to get it seen by a publisher or broadcast studio. And even then, they might simply reject your content without any reason given.

But the internet changed everything.

The Birth of Social Media — From MySpace to Facebook

In 1997, SixDegrees.com launched as the world’s first social media platform. There, users could connect directly to friends, family members, and acquaintances, sharing their thoughts and feelings about whatever they wished.

If you search for examples of social media platforms on Google, you’ll find a lot of misinformation. For example, Facebook Messenger, WhatsApp, Telegram, and similar platforms are often included in these lists.

However, these are examples of peer-to-peer and social messaging apps, not social media.

A peer-to-peer messaging app allows one user to communicate directly with another while social messaging platforms allow group chats and other forms of social communication to occur. These forms of communication are bound between the people who are included in those chats or calls.

This is not how social media functions.

The basic requirement of a social media platform is that users create their own content and share it on their newsfeed, wall, or other display. There it can be accessed by others, even though it was not sent directly to them.

Facebook and Messenger are great examples of the contrast between social media functionality and messaging functionality. Using these two side-by-side for even a short period of time illustrates this distinction quite clearly.

Content posted on Facebook can be liked, shared, or commented on, by any one of your friends, or even a global audience if your privacy settings are set to public. However, when you send a message to a friend or group on Messenger, only that friend or group has immediate access to the message, not everyone on your Facebook friends list.

Like social media, e-Commerce is an internet-based innovation. However, e-Commerce platforms serve a very different purpose.

Where social media platforms allow users to create their own content and comment, react to, or share content from others, e-Commerce platforms are designed to facilitate the sale of items between two parties across the internet.

Sting, Amazon and the Birth of E-Commerce

The first e-commerce sale was chronicled by the New York Times on April 12, 1994, when Phil Brandenberger of Philadelphia purchased a CD for $12.48.

Using data encryption software, he purchased the CD with his credit card on the internet from his friend. The software ensured that his credit card number was secure and couldn’t be seen by even the NSA.

This was the first recorded online sale.

Not long after, Jeff Bezos launched Amazon as an online book store. Over the next few years, he expanded the selection of Amazon’s e-commerce site to include music, videos, video games, toys, games, electronics, tools, and much more.

The Four Components of an E-Commerce Platform

Amazon, Etsy and other popular e-commerce platforms include all of these elements and focus on optimizing each to ensure a seamless end-user experience.

WooCommerce and Other E-Commerce Solution Providers

Fortunately, new e-commerce sites don’t have to build their own e-commerce platforms from scratch. There are many e-commerce solution providers that provide on-site navigation, shopping cart functionality, secure payment integration, and shipping and delivery tools.

Many of these solutions operate as website builders designed for e-commerce purposes. Some of the most popular of these options include:

In addition to website builders, there are other types of e-commerce solution providers. WooCommerce, for example, is a free WordPress plug-in that allows WordPress users to create e-commerce stores on their WordPress site.

What Is Social Commerce?

Thus, there are two things that transform a social media platform into a social commerce platform:

As long as both of these conditions are met, the platform in question can no longer be considered just “social media.” It has become a “social commerce platform.”

In 2014, Facebook introduced the Business Manager feature to allow businesses to create their own pages and use the social network as a digital marketing channel. Since then, more opportunities for businesses to market and sell through Facebook and Instagram have emerged, such as:

One downside, however, is that the e-commerce aspects of Facebook and Instagram now seem to dominate the non-commercial social media elements that made these platforms popular in the first place.

A Look at TikTok — The Emerging Leader in Social Commerce

TikTok was introduced in the United States in September 2017, and by the 2nd quarter of 2021 (less than four years later), the platform reached over 1 billion monthly average users. Comparatively, it took Facebook around eight years to reach that number.

Since 2017, TikTok has steadily become a leader in social commerce, integrating social media and e-commerce functionality much more seamlessly than on Facebook or Instagram.

Immediately upon opening the app, you are often greeted by a Brand Takeover — a multi-second brand advertisement — before you are taken into the “For You” menu, the equivalent of a Facebook or Instagram newsfeed. There, branded ads and organic UGV merge together almost seamlessly.

Whether TikTok will become more popular than Facebook and Instagram is yet to be seen, but its steady growth and continuing innovation put the platform in a very strategic position. It’s already more popular among teenagers than Facebook or Instagram.

And while, social media, social commerce, and other online platforms are types of social networks, they are not the only ones.

In fact, social networks existed long before the internet. Technically, anyone I know and communicate with regularly is within my social network — even if all of our communication takes place offline.

Social networking is what makes society possible. Whenever people come together, they must network in some way just to communicate, let alone build a culture or civilization together. Even in the days of cavepeople, social networks were established to ensure the survival of the human species.

So while social media and social commerce platforms may be a type of social network, they are not the only social networks humans have ever known and using these terms interchangeably only creates confusion.

It is best to use more specific terms like social media, social commerce, or e-commerce rather than social network whenever possible. That way, we can all communicate with a common understanding of what we mean when we use these terms. 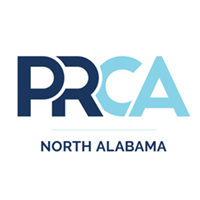 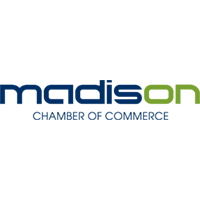